A Family Jeweler Since 1898

Lux Bond & Green Jewelers has been dedicated to offering truly extraordinary diamonds, jewelry, watches, and gifts for the home since 1898 earning our family business international recognition. Founded by Morris A. Green, a Naugatuck Valley entrepreneur and merchant, M.A. Green had operated his fine jewelry business via a horse and cart, repairing and selling gold jewelry as well as pocket watches and gold eye frames on the streets of downtown Waterbury Connecticut. Opening his first storefront 125 years ago, Lux Bond & Green is one of the longest continuously operating singularly owned Jewelers in the United States. M.A. Green raised his family of seven sons in the thriving industrial and manufacturing community and in 1932 his sons purchased the long-established Lux Bond & Lux Jewelers in Hartford and renamed it Lux Bond & Green. 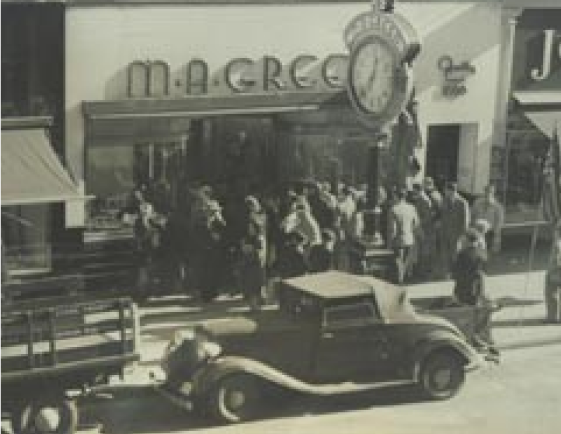 The second generation was led by Charles, Irving, Harold, and Bill Green and then their nephew Robert E. Green entered the business after returning from World War II representing the third generation. Bob Green purchased another long-established jeweler Philip H Stevens and for 20 years the company was known as Lux Bond Green & Stevens. As the community evolved, stores in West Hartford Center 1957, Glastonbury, Westport 1996, Mohegan Sun 2001, and Wellesley Massachusetts 2005 opened under the leadership of the 4th generation opened stores in the then-thriving Hartford suburbs of West Hartford Center and Glastonbury Connecticut. The fourth generation was led by John & Norma Green and the recently retired Marc & Sheryl Green. In 2023, we will carry on the traditions and commitments to the core values of quality, value, and leadership with exceptional customer service, communication, confidentiality, community involvement and integrity that were first established in 1898. As leaders in our communities and in the jewelry and watch industry, Lux Bond & Green and the Green family have earned a remarkable reputation locally and internationally as merchants and caretakers for their industry and for giving back to their communities. “Every Box has a Story" is often expressed by our clients whose own traditions include the Lux Bond & Green signature gold box for many occasions. Earning our customers trust and confidence with our long-tenured non-commission staff are the building blocks of the family-oriented business. 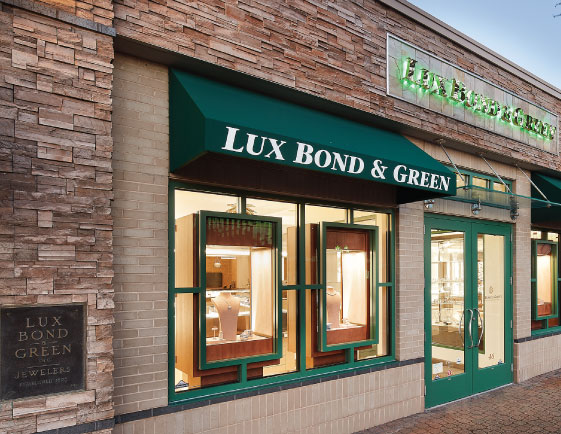 Five locations serving West Hartford Center, Somerset Square Glastonbury, Main Street Westport and the Mohegan Sun Resort & Casino in Uncasville, Connecticut; as well as Central Street in Wellesley Massachusetts gives LBG a broad reach of new and long tenured customers. Our online Webstore has become an important shopping and educational tool for our growing business. A focus on exceptional customer service, integrated with state-of-the-art technology with an experienced staff is the signature Lux Bond & Green Advantage. Competitive pricing, an international collection of diamonds, jewelry and the most respected jewelry, gift and watch brands in the industry; makes LBG one-stop shopping for all your memorable occasions.